Home The new diamond battery has a life expectancy of 28,000 years

The new diamond battery has a life expectancy of 28,000 years

New Diamond Battery Made From Nuclear Waste Will Last 28,000 Years. The battery will last as long as 28,000 years. A US-based startup has combined radioactive waste isotopes with Nanodiamonds in ultra-slim layers to create the combination.

The concept of a nuclear diamond battery rests on the principle that a man-made diamond produces an electric current when it is exposed to radiation. … The radioactivity of diamonds is so high that they are coated with a second non-radioactive diamond layer to protect them from radiation. 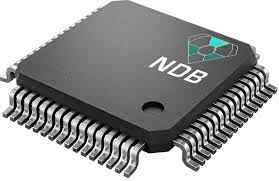 Nano Diamond Battery (NDB), which claims that radioactive batteries are ‘totally harmless’ to people, plans to sell it to commercial partners including space agencies for long-term missions within the next two years.

The company is also working on a consumer version that can last more than a decade without needing to recharge a smartphone or an electric car. This will eliminate the hassle of charging our devices. It also addresses the environmental issues associated with battery manufacturing, disposal, and recycling.

DNP spokesperson stated that the DNV stacks as well the source are coated in a layer of polycrystalline diamond. Polycrystalline diamond is known for being the hardest material and 12 times harder than stainless steel. This makes our product extremely durable and tamperproof.

The radioactive waste graphite that is used to power the battery is used in graphite-cooled nuclear reactors. The battery is covered in single-crystalline diamond nano-thin layers that act as both heat sinks and semiconductors.

Each unit will contain one crystalline diamond, which will absorb the isotopes’ energies. They are rare and possess the highest energy conductivity. That means they quickly transmit heat from radioactive Graphite and produce electricity.

Mi and Bank AlFalah have something exciting for Mi fans!

Here’s a latest news for all Mi fans who are looking for discounts and offers. Now, they all can avail Rs.500 discount just by...
Read more
Reviews

OnePlus has finally put its camera alliance together with Hasselblad in good use by bringing the look and feel of Hasselblad's film-inspired XPan camera...
Read more