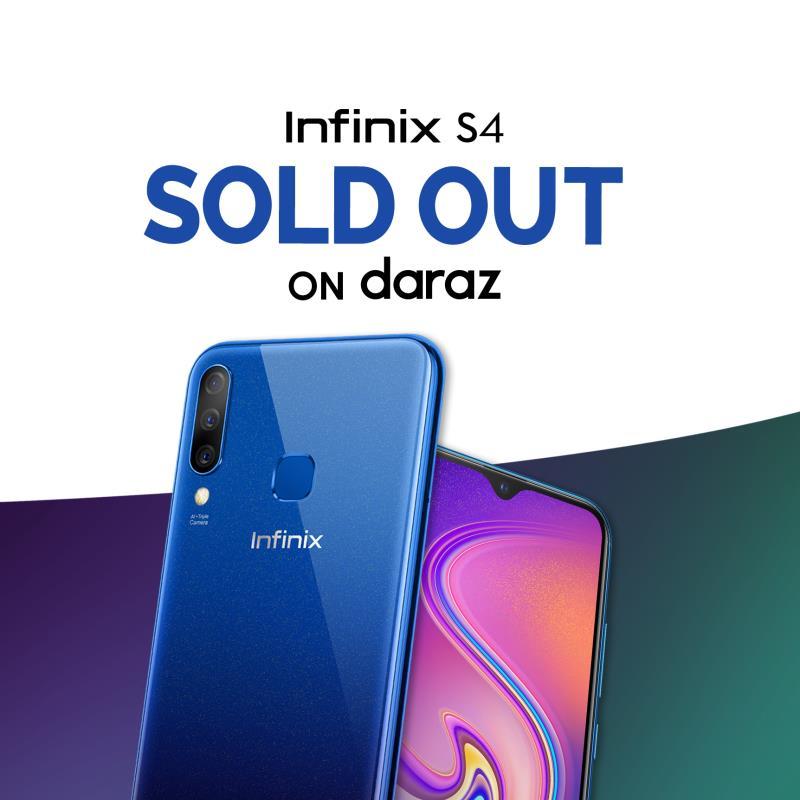 Infinix launched smartphone, the S4, which features the highest pixel front camera at 32MP sold out online on the very first day! 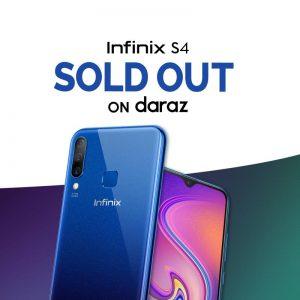 The S4 is a remarkable tech device that features a jaw-breaking 32MP front camera together with 64GB expandable storage and an added bonus of triple rear cameras that pack (13MP+8MP+2MP). The smartphone which costs only Rs. 29,999 made record sales online on its launch day. Thousands of smartphones were sold online and shipped to cities across Pakistan.

What’s special about the S4 that made it reach a record number of sales is that it’s a phone that’s made for enhanced and surreal selfies. The selfie smartphone is a true game-changer in the telecommunications industry and has certainly roused the interest of its competitors and those who aren’t familiar with the Infinix brand.

In the first day alone Infinix was able to shake up the telecommunications market and bring something exciting to the customers. The phone boosts one of the best front cameras ever along with a design that’s stylish and trendy. It comes in at 6.2 inches and has an HD WaterDrop Display.

Additionally the S4 comes with a fast octa-core processor, a 4000mAh battery and and upgrade XOS 5.0 software for efficiency and effectiveness. The country Head for Infinix, Joe Hu, noted upon its launch that “We want to empower social media enthusiasts in Pakistan and so by incorporating the S4 with the highest resolution front camera ever we are giving young people the tools to produce the best pictures that will help them shine and become stars in those own light”. This statement turned out to be true as Infinix saw a staggering response for the S4 mobile. In celebration of this success Infinix is happy to announce that it will be offering more exciting giveaways like a Trip to Baku Azerbaijan and much more.

For those interested in getting their hands on the S4 and for trying their chance at winning exciting prizes, they can purchase the S4 from retail stores across the country and gain the exclusive chance to win a trip to Baku and to win other amazing prizes through the Infinix giveaway.

TAG gets Pilot approval from State Bank of Pakistan

TAG gets Pilot approval from State Bank of Pakistan Talib Rizvi, a seasoned professional banker with over 25 years of impeccable experience in banking and ... Read More