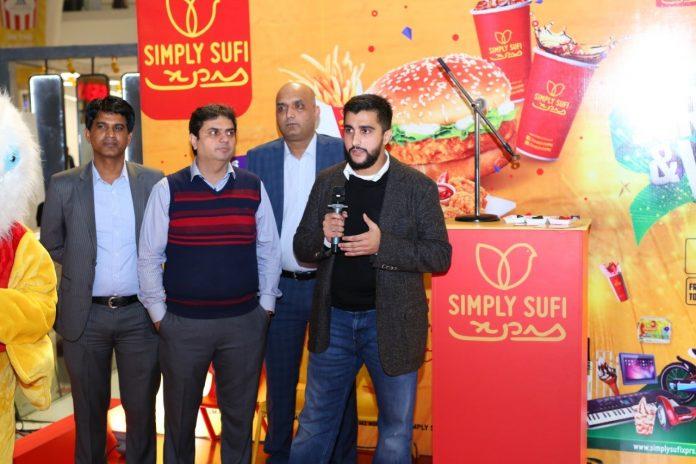 So, premium fast-food brand SIMPLY SUFI XPRS just turned 2 and if you missed the party then don’t worry, I’m here to give you the inside scoop on what went down! Believe me, the SUFI Group of Companies really spared no expense in celebrating with style! 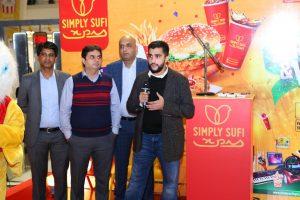 Not only did SIMPLY SUFI XPRS organize an evening of fun and games down at the Emporium Mall, Lahore, they also brought out a limited-time only Anniversary Deal.

And while the SIMPLY SUFI XPRS Anniversary deal is an absolute steal at Rs. 599 for an XPRS Chicken Burger, Chicken Wings, Regular drinks and Fries, it was the fun-fest at Emporium Mall that took the cake. 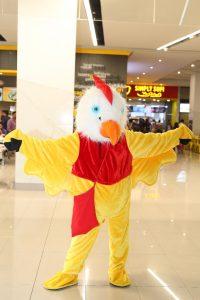 Literally! They had one of the most phenomenal looking custom cakes for the cake cutting ceremony. People were just lining up to take pictures with it, the minute it arrived.

As amazing as it was, there was a lot more to the event then just cake. There were games and activities for children, guest appearances and some of the crème de la crème of Lahore were in attendance.

The activities at the stall included colouring, games to play, face painting, a media wall to take pictures at and a giant Chicken that kids could meet.

The evening was hosted by RJ Rizwan, who made sure that there was never a dull moment and everyone was having a great time. Whether chatting with the crowd or the guests, RJ Rizwan made sure to keep the energy levels high. 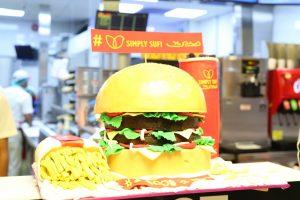 The first guests for RJ Rizwan to hang out with were the stars of the popular children’s TV show Chanda Taray. The Chanda Taray kids talked with RJ Rizwan for a bit before doing little skits and leading the crowd in sing-alongs of popular songs.

But the real highlight of the evening was the absolutely gorgeous and amazingly talented Sarwat Gilani!

She took the time to take pictures with the fans before sitting down with RJ Rizwan for a short interview where she talked about her family’s love of Simply Sufi XPRS and how much fun she is having at the second-anniversary celebrations.

Sarwat was also given a tour of the SIMPLY SUFI XPRS facilities and met the staff. She talked to RJ Rizwan about how glad she was to see a Pakistani brand being so diligent in meeting international standards of hygiene and quality. 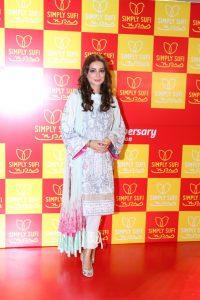 Right after Sarwat’s tour, the crowd was treated to the cake cutting ceremony and finally had the chance to taste the delicious cake that everyone had been fawning over all evening.

The cake-cutting ceremony ended with a short speech by the SIMPLY SUFI XPRS senior management whereby they thanked the audience of Lahore for all the love and support that they showered over the past two years.

While sharing their future plans, SIMPLY SUFI XPRS Management announced that they are launching new outlets thus expanding the Simply SUFI XPRS network to areas other than Lahore. The first such outlet will be opened in Giga Mall Islamabad! It’s almost 2 Good 2 Be 2rue! 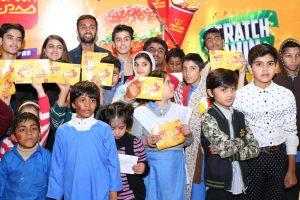 Why Unstitched Printed Collection is Getting Popular